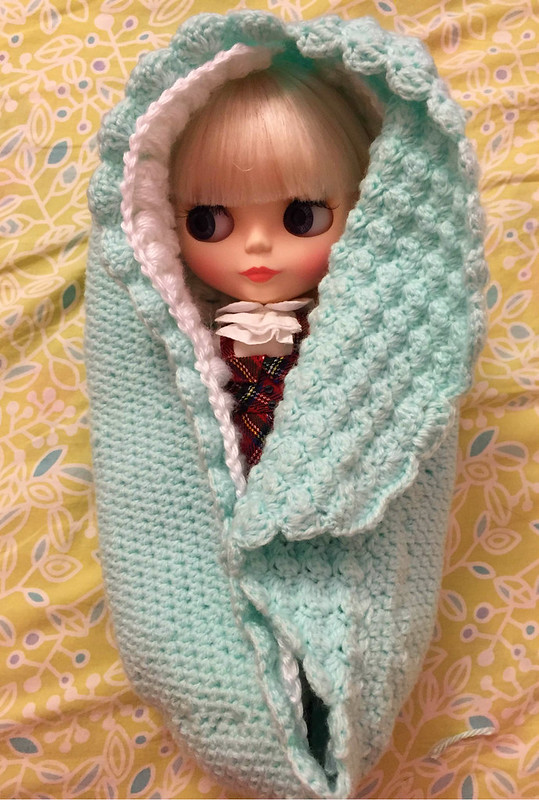 I’ll be honest… halfway through making the case, I wondered, “what on earth exactly am I making?” It kind of looks like a baby swaddle.

I didn’t follow a pattern, per se, as a lot of the patterns for simple carrying pouches weren’t really designed with a Blythe doll’s giant head and other proportions in mind. After I created the base of the pouch (can be viewed in the previous post), the rest of the bag was easy peasy. 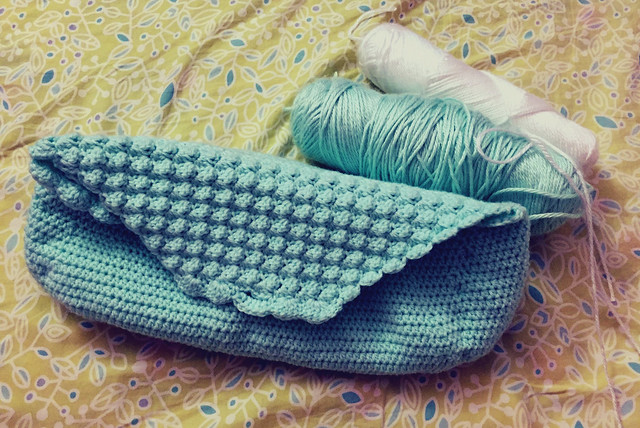 I’m not completely finished with this project. I still have to find a cute button to serve as a closure, and I also want to bedazzle the pouch with some applique. 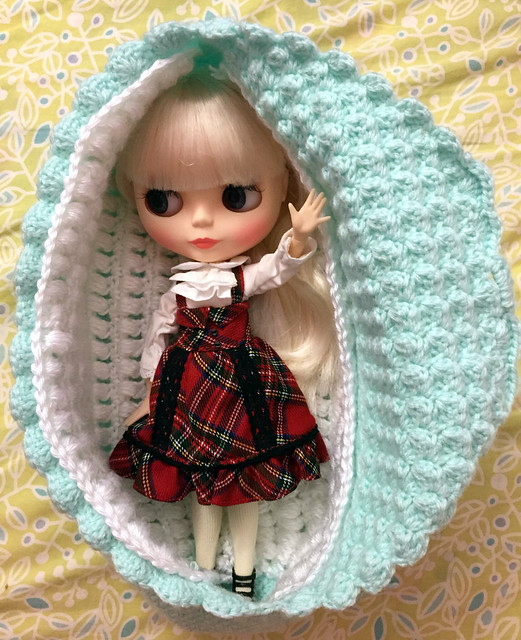 There are a few things I would have done differently. For one thing, the left and right side of the bag aren’t identical – I thought it would be a good idea to throw in a few random decreases on the end where the feet would go (why I do not know). The issues with my construction aren’t a big deal for me though. ^^ The pouch will serve its purpose well, I think (Finley’s as snug as a bug in a rug.)

I think I’m a bit too excited for my upcoming first blythe meet up. I did whip this pouch up with the idea of going to one in mind, as the last time I took Finley out for photos, I had to wrap her in a towel (too flimsy for my liking). I feel at ease knowing that Finley will be safe when I venture out into the city with her.