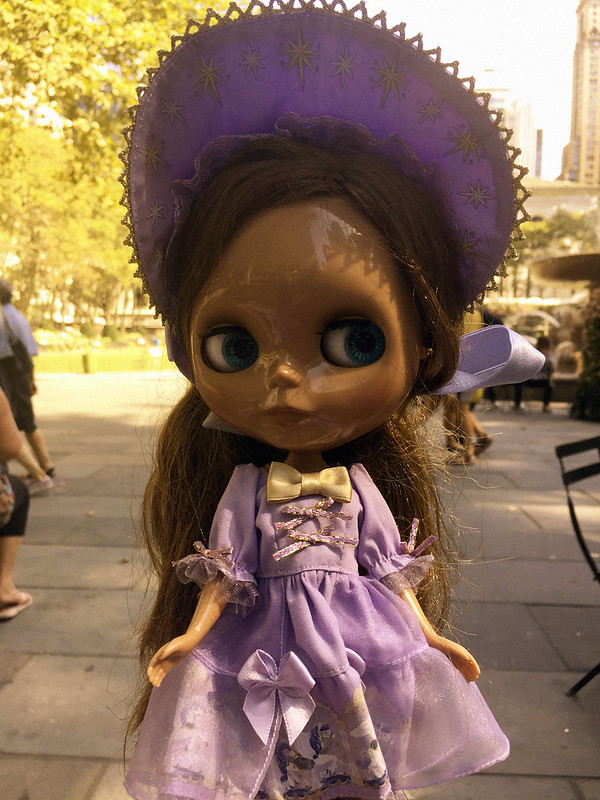 This is my friend’s stock Manuheali’i Paradise Girl ^^. I love the warm color of this girl’s hair, the small gold earrings, and her painted nails! Also, all of her chips are stunning (I think they’re all special colors). My friend is really into lolita fashion, and bought the outfit from Junie Moon. 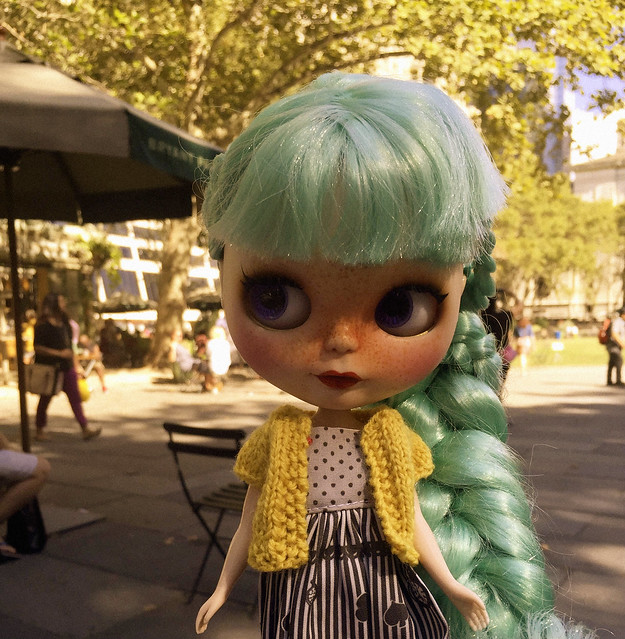 Marina is sporting a sweater that I won from a Blythe Life giveaway and a dress I purchased in a lot on eBay. When I was dressing her for her outing, it really hit me that I don’t have anything in my dolly wardrobe that really suits Marina. I must remedy this. 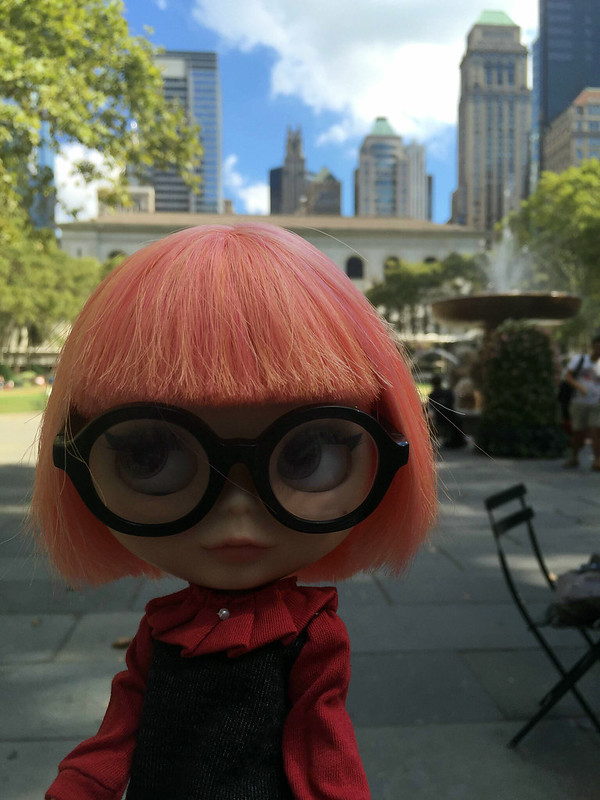 Rory is wearing a dress I purchased from a youtube sales video/decluttering series by Maidensuit, and the glasses from the Les Jeunette stock I purchased from Jannette of Project Dollhouse.

It’s a little unnerving to have the dolls out in such a public, and crowded area. The park was crawling with people, and I tried not to pay attention to stares as I tried to take some photos of the dollies against the backdrop that is the park.

I had a lot of fun though! One of my favorite parts of blythe meets (I guess since it was just me and my friend that this was more of a blythe hangout?) is that I get to see blythe dolls I wouldn’t normally have a chance to. After seeing a Manuheali’i Paradise Girl, I’m kind of sad that I didn’t try harder to get Cherry Beach Sunset (hopefully next year, I’ll nab a tan summer girl!). 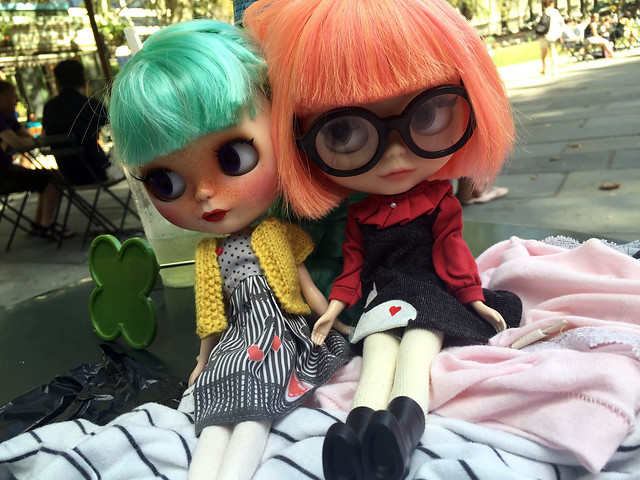 One last photo of my girls on their first outing :3 .

4 thoughts on “At the park with the girls”