I got my two etsy orders in the mail ^^, and I decided to redress my dolls today.

The first order I got today was from Kuloft – I ordered two dresses, a pair of shoes, and a 2 piece outfit that is a skirt and shirt.

From Tired Mom Knits, I ordered three hand-knitted sweaters and a white and gold dress.

Rory is wearing the pink sweater over a dress by MissFreyaJ, and Marina is wearing the brown sweater and gold dress. I’m blown away by the quality of the sweaters! They’re made of such soft, nice quality yarn, and impeccably knitted.

Seamless segueway to my knitting progress:

I’ve made three of those knitted shrugs so far, and I think I’m ready to try a new pattern. I’m pretty happy with my progress, as I thought that anything beyond the simple knit and purl would be beyond me. I will be trying a new pattern next, and hopefully the pattern won’t stump me! Knitting is like a whole new language XD.

I received my order for two pairs of shoes from Qmagicdoll’s Etsy Shop. 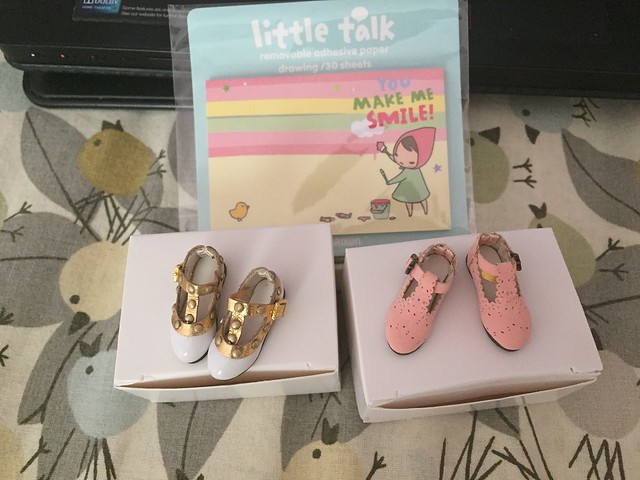 They came packaged in little boxes, and very well wrapped 😀 (the post-it note was a freebie). They are SO cute! 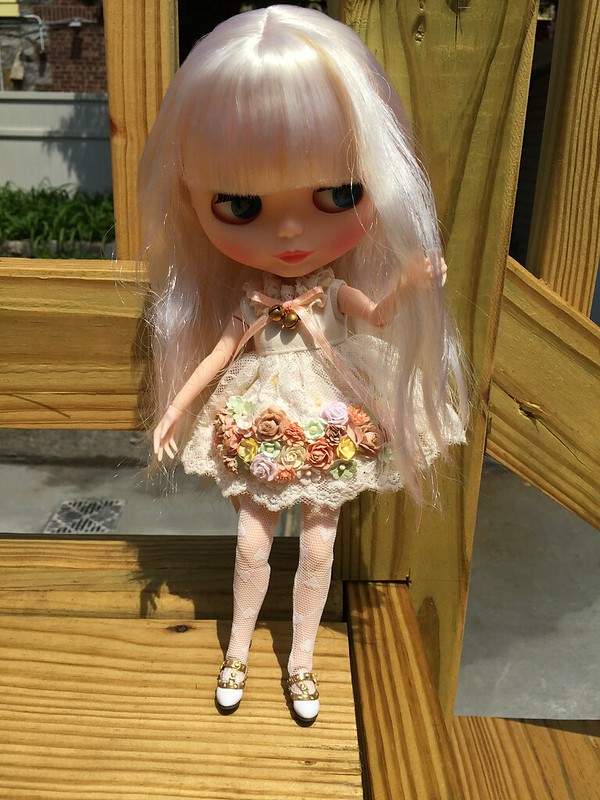 I bought them because Finley’s stock shoes and the brown boots I bought from Coolcat, didn’t really go well with a few of the dresses I purchased. In the photo above, Finley is wearing a dress from Kuloft’s Etsy store. It is very, very gorgeous. The sewing is very well done, and there is velcro on the back. I actually tried this dress on Finley as soon as I got it, back when she was on her original body. It had fit the Takara body fine, but it was more snug on the original body than it is on her current sweetiiger body (just FYI).

I think… I would purchase shoes from this store again. The little straps actually unstrap so that they don’t get in the way of the doll’s foot. However, because I switched out Finley’s body, the shoes are REALLY snug on her Sweetiiger body. I haven’t tried the shoes on a Takara body yet, but I plan to (sooner if anyone is curious how they fit on a takara body, later if I get a new blythe soon). 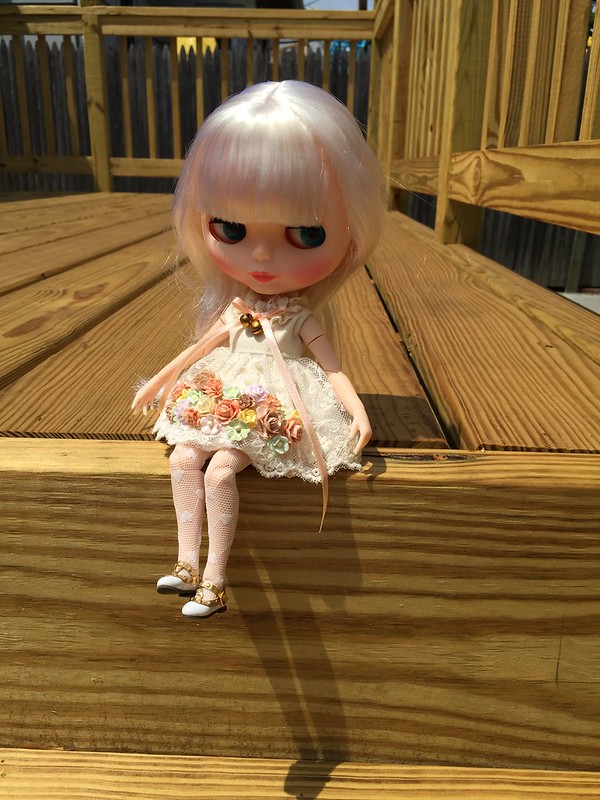 I’m not sure if you can see in any of the photos above, but I kind of smooshed her feet into the shoes. They’re still crazy cute though, and I would actually love both pairs in a women’s size 7.